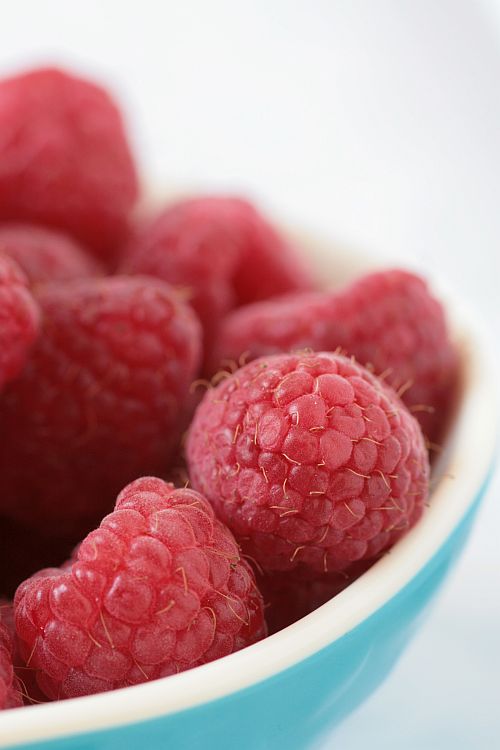 Before I introduce the judges for this June edition of Does My Blog Look In This, I have a confession to make. Today is my dad’s birthday…Happy Birthday Dad! Joyeux Anniversaire Papa!

My confession is that I had planned to make him a cheesecake and send it virtually via this site but things did not turn out that way…Raspberry cheesecake was indeed made, but eaten faster than I could take pictures…sorry! We thought about you though! I looked for a while for a photograph of my father but quickly realised that very much like me, he is the one behind the camera most of the time, and when I did find a couple he was making his notorious "moon face" (giant smiling face from ear to ear). Yeah…a bowl of fresh raspberries is a little more tempting than a strange French man with a scary face on a Monday!

Reserved as he is, I also know that he would not want me making a big deal about his birthday so…moving on to the judges of DMBLGIT. I have started to refer to them as "my peeps" whenever I start updating the gallery and creating nice spread sheets with every participants' blog on them. I am glad I did not have to bribe them (macarons don’t travel that well) to become judges and that they were as excited as I was to be part of this event. Some described themselves in their on words, some left me the task of making it short…ugh! One day I’ll tell you about the two ladies in the train when I was four or five and you will understand why I can’t do short stories, but let’s see..for the sake of you eyes:

Brilliant Graeme: " Blood Sugar was started in June 2007, with its premise of simple, thoughtful and engaging content, remaining the same following a creative decision to Hermit crab over to WordPress in December of last year. Graeme is in his final year at the University of Lincoln, majoring in photography. With inspiration gathered from everywhere between blogs and newspaper articles, Blood Sugar aims for high-end fun, with an edge on simplicity."

Rockstar Jennifer: "Jen Yu runs her mouth and her food blog over at use real butter where she combines two of her passions: food and photography. She totes a camera with her everywhere giving readers a glimpse into other noodlings like hiking, skiing, Colorado’s beauty, and her goofy dog. "use real butter" is not so much a directive for the kitchen as an attitude on life. Grab it by the hojos, kids."

Soulful Nadia runs three beautifulblogs, all with a different "je ne sais quoi", call it flair, style or creativity but each showcase her photographic skills of capturing the moment, a feeling, a memory. She is woman, child, daughter, friend finding beauty in things big and small. With a perfect eye for color and light, she is one talented artist!

I met ubber cool graphic designer Alyson through her site Unruly Things….yeah go check it out, gawk and come back, I’ll wait…See what I meant? I was impressed by her graphics, impeccable style and I was delighted when she decided to start her own food blog, Milk Eggs Chocolate…now both my eyes and tummy could be satisfied!

And the fifth judge? Well that would be yours truly! Oh, heck…here is the two ladies in the train story….Once upon a time when I was about four or five, I took the train with her mom who wished the little girl would stay still and quiet longer than five minutes. I was fidgetting and paying closer than natural attention to the conversation two other ladies were having, sitting across from us. Obviously I was distracting them quite a bit so the ladies decided to move to the seats behind me. Not satisfied for a penny, Tartelette turned around and propped her elbows on the banquette and said "Talk louder I can’t hear!"… Now you know why a story is never just a story for me.

So folks, there is one week remaining to send me your entries (details here), Monday the 23rd being the deadline. Over 100 of you have done so, and we could not be more delighted by the turn out…but we are greedy for more pictures. So go on! Don’t wait until the last day….! 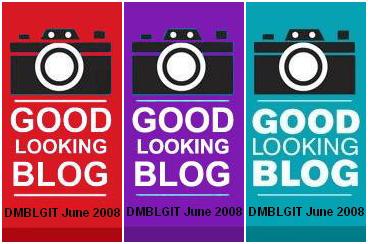 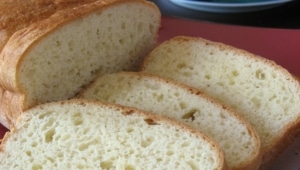 Waiter, There Is Something In My…Brioche!

Happy birthday to Mr. Tartelette! What a coincidence, so near fathers' day!

I’m so excited to see the pictures! 🙂 I don’t know how you were able to remember a story at such a young age but you were quite a firecracker even then, haha! 🙂

what a great introduction… you picked some good ones! and happy birthday to your dad!

The two ladies in the train story is too funny! I love this event, finding out what other bloggers think is their best photos and seeing so much talent all in one place, it’s great! 🙂

Aww, happy b’day to ur dad, and have to agree with Ann 🙂

Happy birthday to your dad!! No worries for not taking pictures :0)

Congratulations to the new judges!!

Wow, how did you leave the nice, personal message right there? That is really nice, I like it! I still plan to enter, I just am waiting until my hubs has time to help me resize the pic -it’s pathetic, I know!

Happy birthday to your father.

Congratulation to the new judges.

Hi! You have a great blog! Thanks so much for posting the donut recipe! I gave it a try and they turned out delicious! Have a blessed day!

count me in i’ll be sending my photograph!! 🙂 btw, great choices of judges

you are such a gem, helen. i guess this means i have to vote for peabody 🙂

i love the story of you and the two ladies. i will have to take you on the trains around here and see if you do the same thing!

Happy belated b’day to your father.

I’ve sent you my entry.

Thank you so much for hosting this month, Tartlette 🙂