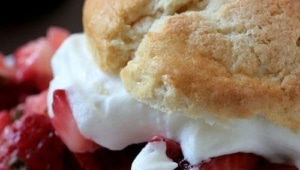 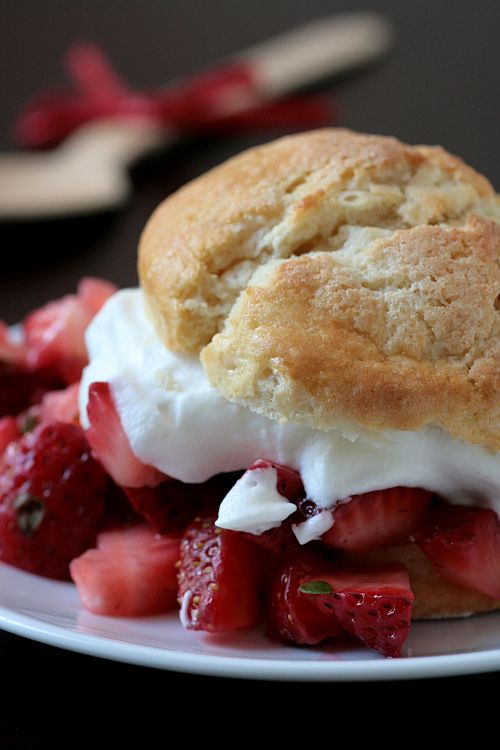 Early last month, the lovely Cath from A Blithe Palate and Stephanie of Dispensing Happiness contacted me to see if I wanted to be part of a foodie book club they were creating, The Edible World. The premise: about twice a year, the book club readers would get a copy of a food related novel with the mission (to read it!), pick a dish mentioned in the book, find a recipe for it, make it and blog about it. Guess what I told them?! Count me in!!! I always need something to read on the treadmill and what better way to exorcise demons and calories than read about them, right?!!

Comfort Food written by Kate Jacobs, relates the adventures in cooking and paths of self exploration of a 50 year-old tv cooking show host, Gus, whose ratings are suffering and who finds herself paired with a vibrant young Miss Spain turned culinary school graduate whose claim to fame are cooking snippets on youtube. Gus lost her husband early, taking care of her 2 daughters by opening a sandwich shop without prior culinary experience and discovered by chance by a tv cooking show producer. Gus grew to become a meticulous, detail bordering maniac loving woman, known for her fierce sense of business, suffocating her entourage by what she believes to be the "right thing".

See where I am going with this? Indeed, conflicting visions of Paula Deen and Martha Stewart were doing their mambo-jumbo during the first few chapters settling Gus into characters. Paula, divorced with two boys started a sandwich delivery enterprise to survive and was given a chance later by the FoodNetwork. Martha, divorced also with a daughter, becoming head of a multimedia enterprise and worldly known for her style and meticulously marketed lifestyle. I did not like the book at first for this very reason…I could not shake their faces and personal stories from my head and it made me mad at the writer for not being a little more creative. Then I realised that it was maybe due to the fact that these were so well known of the American public that it would be easier to cross Paula and Martha, add a little touch of Ina and voila! Gus was born and the story could move on…

And what a novel indeed, with rivalry, motherly love gone wrong, friendships blooming in the most unexpected places, people finding their voice, etc…All the characters of the novel growing with the heroine to be the people they really ought to be. All drawn by the same love for food and sharing food with others. The story lines are sometimes obvious and telegraphed but the dialogues are so fresh and surprising at times with a great sense of irony and humor that the book becomes like a good friend. The more you read, the less you want to reach the end…like when I go home for Christmas and all the family in all its neurosis comes together at the dinner table and I never want tomorrow to come. 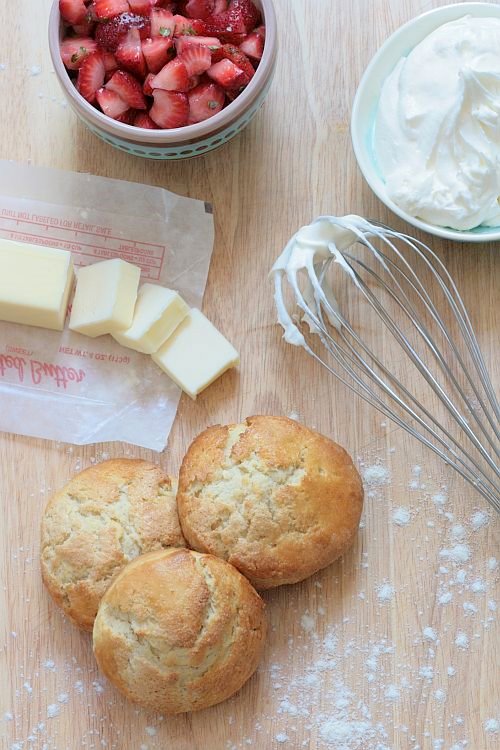 The book is filled with dozens of tempting savory dishes and a few Indian desserts did catch my eyes but I ran out of time to focus on those before the family came to visit and when they were here one of their requests was to try a popular American dessert, the Strawberry Shortcakes mentioned in the book became an obvious choice. I find the excerpt where they are mentioned the perfect metaphor to thank Cath and Stephanie for including me in The Edible World and to thank you all for following Tartelette’s adventures!

"Gather round, friends," Alan was saying, as the sky grew dark and the guests were contentedly tired, full of watermelon and punch and Gus’s fresh strawberry shortcake piled high with vanilla-flavored whipped cream. Amid all the hubbub, the Eat Drink and Be tea had managed to sneak in a live so of Oliver showing Troy ho to grill fruit and make a sweet yogurt and honey dipping sauce, Gus mixing cake in the kitchen, and Carmen explaining the wonderful spiciness of chorizo, interspersed with real time action from the party. The crew had been delighted to have their loves ones finally see what it is they actually did on set, and the lightheartedness of the cast had made the episode a joy to film.

Preheat oven to 400F. In a large bol, mix together the flours, sugar, baking powder, salt and lemon zest. Add the butter and cut the butter into pea sized beads with a pastry blender, two knives or your fingertips. Add the half and half and quickly gather the mass into a ball. Do not overknead. Refrigerate for 30 minutes, it will be easier to roll out.
Roll the dough out onto a floured surface to about 1/2 inch thick. With a 3 1/2 inch round biscuit cutter, cut as many shortcakes as you can in the dough. Re-roll the scraps and cut out the remaining dough until you get 6 shortcakes. Brush them with the remaining tablespoon of cream and sprinkle with one Tb of sugar.
Bake for 15-17 minutes until golden brown. Let cool completely before filling them.

Lemon Thyme Strawberries: (you may wish to start your prep with those if you want some natural juice from the fruit)
1 pound strawberries
2 Tb sugar
2 Tb fresh chopped lemon thyme (optional)

Hull and chop the strawberries, mix them with the sugar and the lemon thyme in a large bowl and refrigerate until ready to use

In an electric mixer, using the whisk attachement or balloon beaters, beat the cream on medium low speed for 30 seconds, add the sugar and zest and continue beating, increasing the speed to medium high until you reach soft peaks. Cover and refrigerate until ready to use.

Assemble:
Using a serrated knife, cut the shortcakes in half. Divide the strawberries among the bottom halves, evenly top with whipped cream and cover each shortcake with its cap. 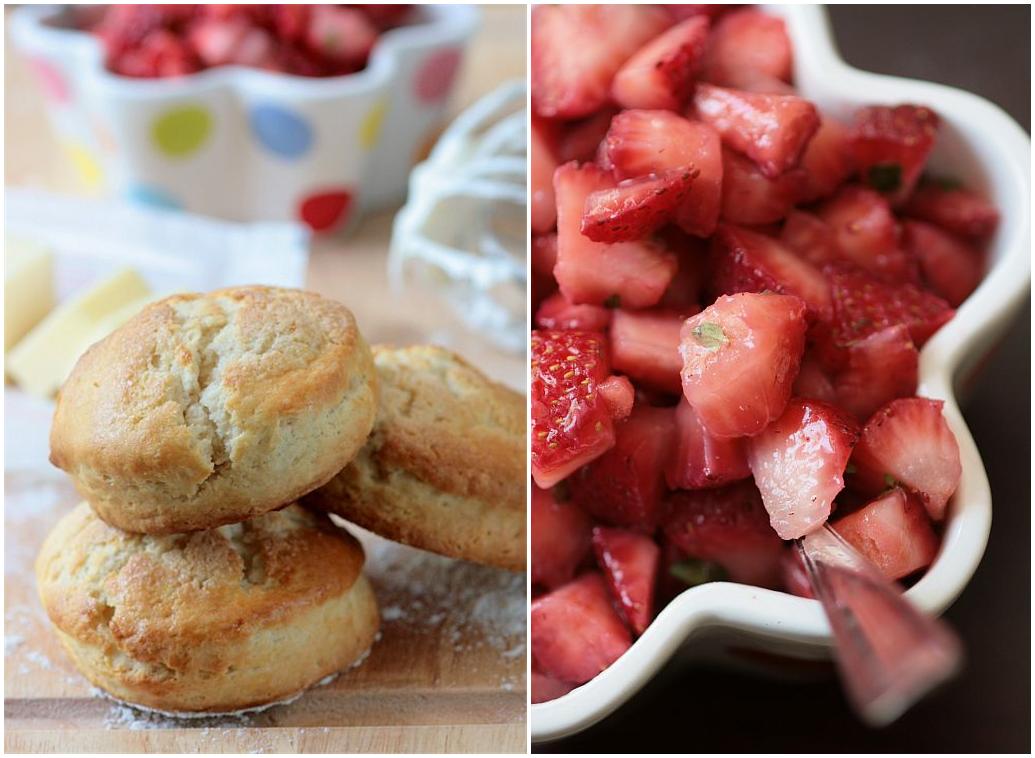