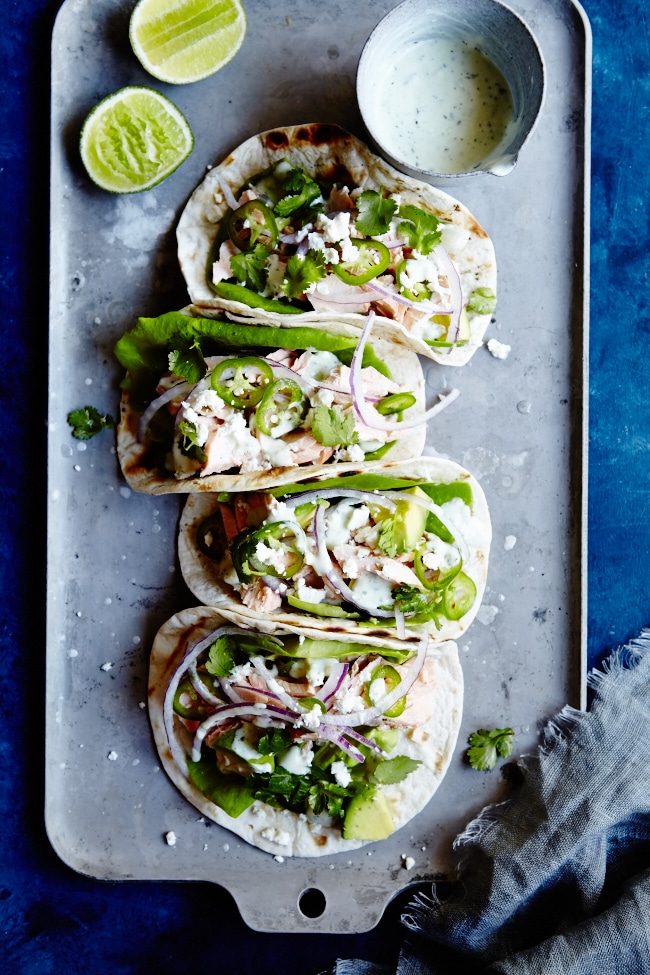 Lunches are most often not that elaborate at the house during the week and they most often turn into brunch during the weekends. I am more of a nosher from morning til dinner if left to my own devices but Mama Ruth isn’t. Though not complicated or demanding, she can’t graze all day long. It’s mostly soups and big salad with a little protein. A big plate of crudites and some hummus while editing pictures or responding to emails. Always good but nothing that requires multi pans preparation.

However, once in a while, I get a wild hair and make us something special. Especially if she saw something in a magazine and found it "inte-resting". She pauses on the word like so when she clearly thinks "unusual" or "weird". It makes me smile everytime. It’s like the challenge is on for me to make her discover new things. 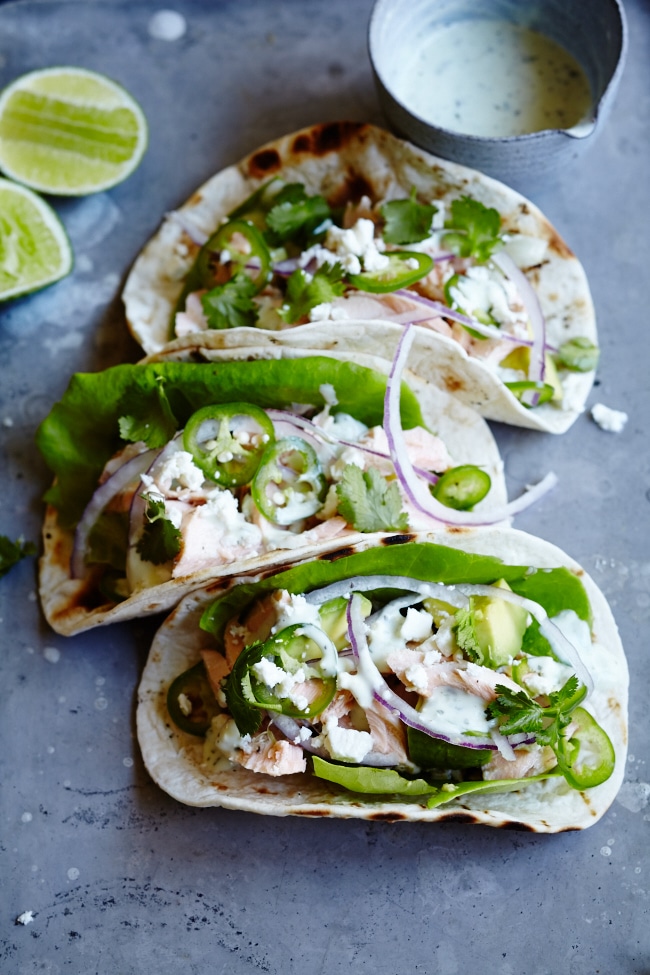 I got to say most of said interesting dishes were received with lots of "hmmm this is good". Thai green curry, Char Sui, ramen noodle soups, bouillabaisse, ratatouille, etc… Tacos are still on the undecided camp, mostly because they are not as easy to eat. Food falls, liquids end up all over your hands. They’re messy. So while we roll them up, she eats them open faced. Still with a smile of satisfaction.

These Salmon Tacos with Avocado Cream were very warmly received albeit for the "it’s messy, isn’t it?" comment. At least not a crumb was left and they are now on rotation at the house so I must be doing something good!