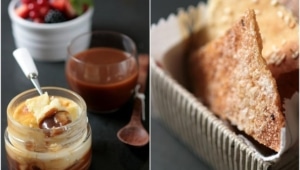 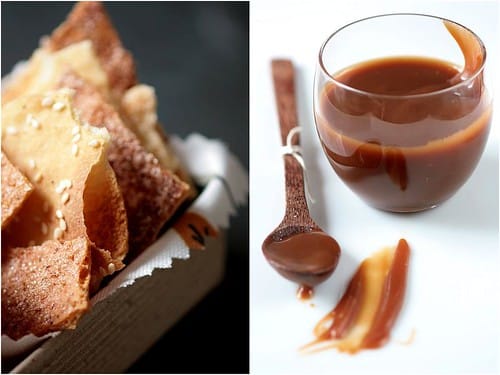 It is indeed a first in the history of the Daring Bakers, a gluten free and vegan challenge! Since being a Daring Baker in December 2006, I have seen the group grow by leaps and bounds, with members from all walks of life partaking in our monthly bake-offs. I know it is daunting at times for some Daring Bakers to adapt recipes to fit their dietary lifestyles and I always marvel at how creative and resourceful gluten free and vegan members are. I was really excited to see that our hostesses this month, Natalie from Gluten A Go Go, and co-host Shelly, of Musings From the Fishbowl, chose Lavash Crackers from Peter Reinhart’s The Bread Baker’s Apprentice: Mastering The Art of Extraordinary Bread.

Natalie being a gluten free baker asked us to challenge ourselves and make the crackers gluten free while Shel asked us to come up with vegan dips and spreads to go along. Being a ubber cool group, we still had the choice to make them with regular flour if gluten free baking did not appeal to us. I welcomed both challenges with open arms! Indeed, there are quite a few gluten free eaters among our friends and family members and I can always stretch my gf baking repertoire. Coming up with vegan dips and spreads was a good opportunity to try a couple of different ingredients, but furthermore really understand and appreciate many people put behind being vegan. 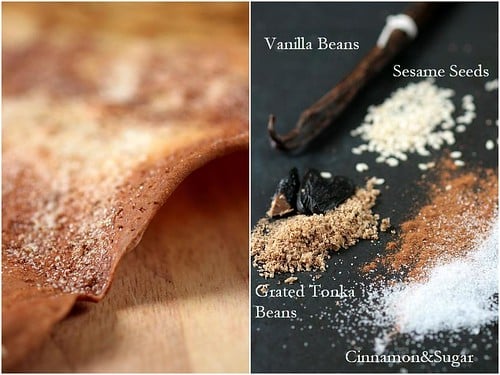 The past month has been quite busy and full of twists and turns and I did not get to make the dough until Wednesday afternoon. I used a gluten free baking mix by Bob…..and realised after the first rise that had forgotten to add xanthan gum to the dough which acts like gluten in baked goods and helps stretch and relax the dough. I did not even bother rolling that one out, waited until Thursday to go buy some xanthan gum and started again. The quantities are so small here that I mixed the dough by hand and left it to rise, rolled it paper thin, baked and then broke it to shards. I rolled the dough into one large baking sheet and topped 1/4 with sesame seeds, 1/4 with grated Tonka Beans, 1/4 with cinnamon sugar and the last quarter was brushed with agave syrup and half a vanilla bean, seeded. The smells that were invading the house made it hard to resist not breaking into it as soon as it came out of the oven!!

For the toppings, our hostesses gave us complete freedom with only one rule: it had to be vegan. I was really interested to see how some of my favorites would turn if made vegan and with the tremendous array of choices and progress made in vegan foods, I was able to serve the crackers with a vegan salted butter caramel sauce, a vegan caramel cheesecake in a jar spread and my now favorite lemon balm infused berry salad. I love salted butter caramel anything, not being a fashion victim but I grew up on that stuff! 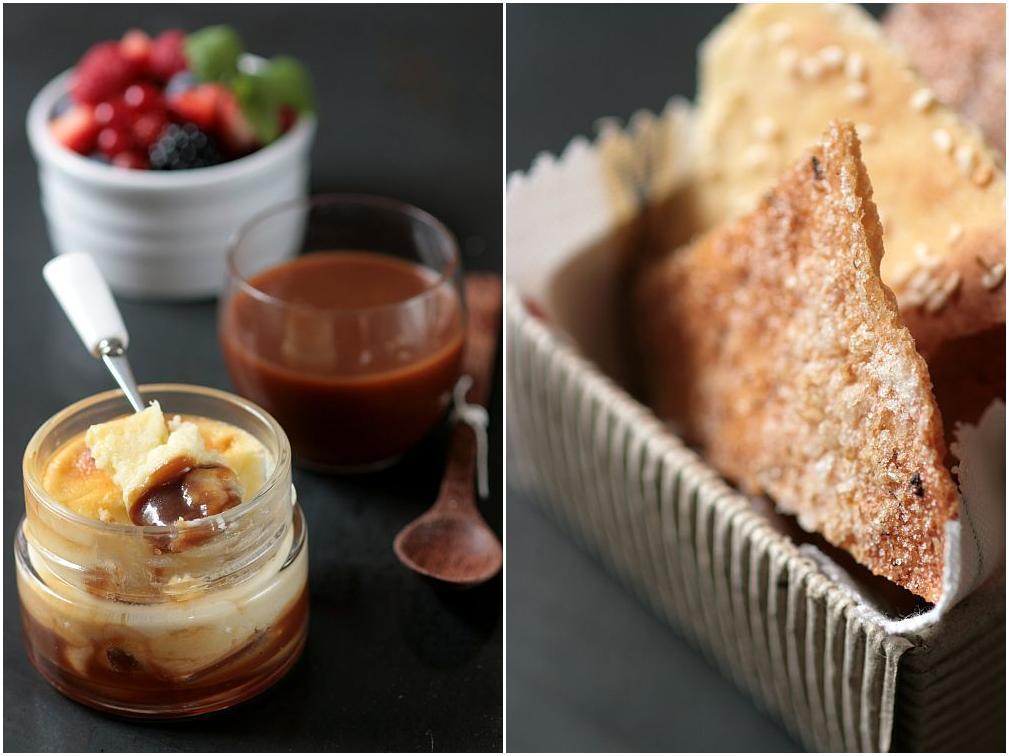 The salted butter caramel sauce is an adaptation of my favorite sauce and the only problem encountered was that it took a longer time for the butter and sugar to come to a caramel color and consistency but the rest was the same. I used Earth Balance butter and soy creamer instead of their regular counterparts and added some Fleur de Sel for the salty factor. I could taste a difference from the original, sure can’t say it’s the "real thing" but it came out pretty darn close and what mattered is that I was able to make one of my vegan neighbors very very happy!!

The vegan caramel cheesecake is also an adaptation and was easy to make using Ener-G Egg Replacer and vegan cream cheese (Tofutti brand). I divided the batter between four jam/jelly jars and added some salted butter caramel sauce at the bottom. I have to say that B. thought it was "different but worth eating" and I loved it.

The berry salad is nothing new but since I made this lemon balm berry salad, it has been on rotation at the house and for dinner parties with the neighbors. It works just like a savory salsa with the crackers and is great for a little 4 o’clock pick me up with a cup of tea.

Thank you Natalie an Shelly for this opportunity to bake gluten free and vegan! It was a blast! Check out the others' creations here. 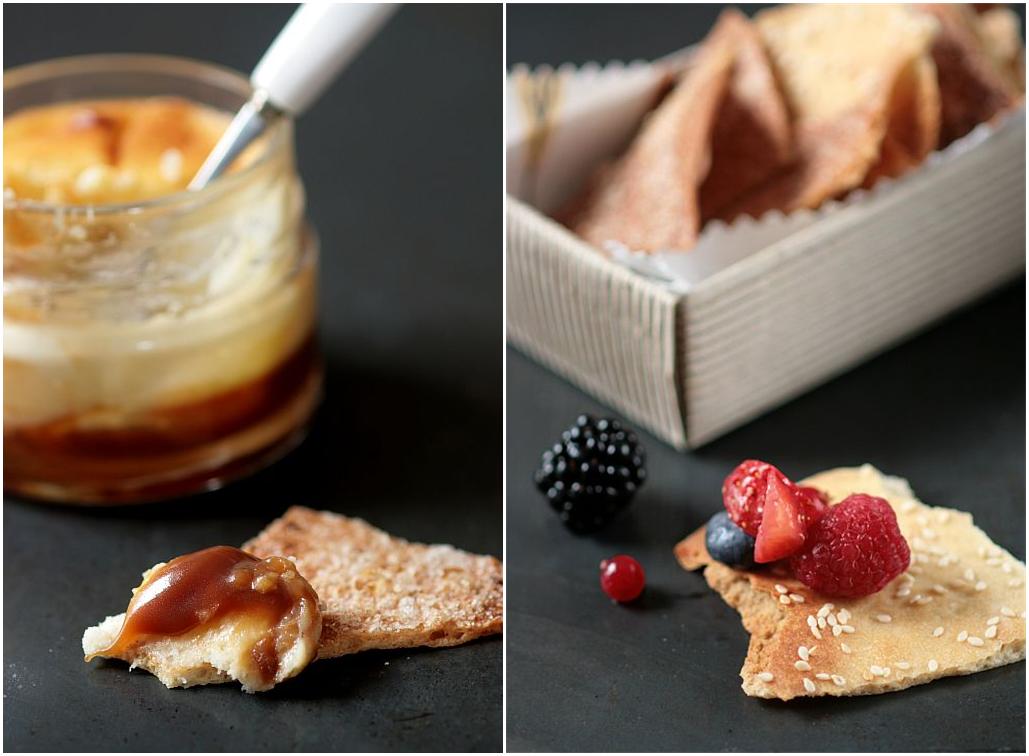 In a heavy saucepan set over low heat, combine the sugar and water and heat just until the sugar is dissolved. Add the butter. Let it come to a boil and cook until it reaches a golden caramel color (takes between 25-35 minutes), stirring occasionally. Remove from the heat and add the creamer ( it will splatter and get crazy, but do not fear and trust the recipe). Whisk to combine and put back on the stove. Let it come to a boil again over low heat and cook 10-15 minutes until you reach a nice creamy consistency. Remove from the heat, add the salt and stir until melted. Keeps for about 2 weeks.

Divide the caramel sauce between 4 small jam jars. Set aside.
In a large bowl, with the electric mixer or by hand , mix the cream cheese, butter and sugar. Add the egg replacer mixture and beat until well incorporated.
Divide the batter among the 4 jars. Set them in a roasting pan and fill with water until it reaches halfway up the sides of the jars. Bake at 300F for 20-30 minutes. Let cool completely before refrigerating or serving. 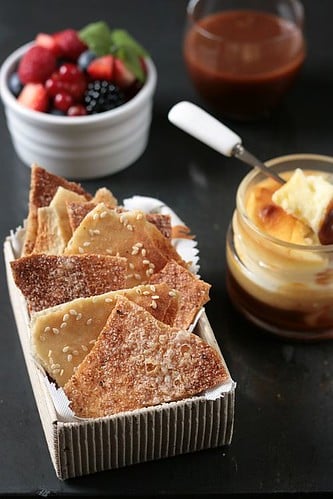 No Eggs – No Butter? Peanut Butter Scones And Lemon Lime Sunshine Cake From My Sweet Vegan 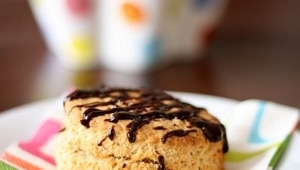 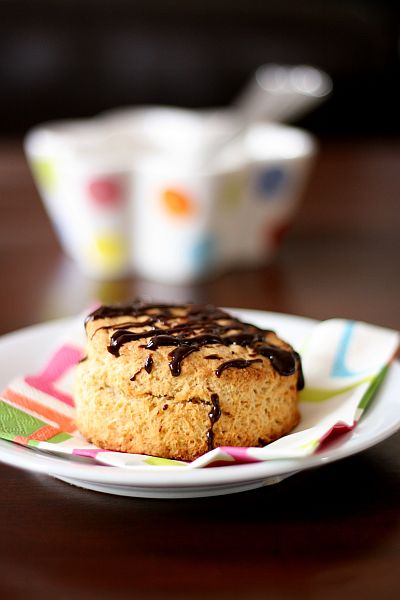 Baking without eggs and butter past midnight a couple of days ago…"Why would that be?" you might be wondering. Did I run out of baking supplies when a sweet craving hit? Was I cramming in homework at the last minute? None of the above…although I did in fact re-do a post just to update the pictures as Santa finally delivered my present and accessories. Looking at the old shots could not do these baked good justice anymore. So I decided to bake them again and pretended today was December 25th…any excuse to stay in my pjs on my day off is a good one in my opinion. But why out of all the things I could bake, did I decide to make vegan scones and cake?

Well, a couple of months ago, I received a copy from my dear friend Hannah’s first cookbook, aptly titled My Sweet Vegan. I got to baking her Lemon Lime Sunshine Cake that very same day and about every other weekend since then. Same with the Peanut Butter Scones, they are on B’s list of most requested breakfast items. I feel bad because I have been telling everybody about this book, promising Hannah and her publisher a review of the recipes I have tried so far and in the end I keep it all to myself. No more! The book is a perfect reflection of Hannah’s personality, warm and friendly, inviting you to try new things and be opened to the world around. When I first got to know her, I had no idea this very mature soul both in her writing and approach to food, came in such a young and cute package. 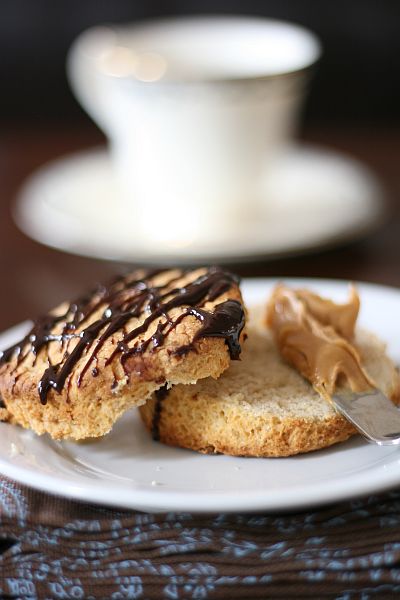 Look at that breakfast of champions! That is one awesome Peanut Butter Scone! I love to make these for brunch and take them (minus the glaze) to the gym when the 4 o’clock sugar craving hits. In that spirit, the book is written with the whole spectrum of dessert lovers in mind, vegan or not, and it reads like a novel. Hannah generously gives us her tried and true, favorite recipes as well as tips and tricks to achieve the best tasting treats. Reading through it is like spending time with a good friend over a good brownie or a cup of coffee. Did I say brownie? Yes…and many more like Strawberry Love Muffins, Butterscotch Blondies, Whoopie Pies, Mocha Devastation Cake, Ginger Dream Pie, Five Minute Coconut Fudge….and I am just scratching the surface.

Although not vegan, B. and I do respect the animals that feed us, giving them the day off once in a while. I am more into tofu, soy milk agave nectar, with a weakness of vegan "cream cheese" than he is, but he is a good sport and when I told him I was going to bake from Hannah’s book, he took it upon himself to give me the "Carnivore opinion". So far, everything has been a hit and when he asked about all these alternative items, I handed him the book where Hannah explains in detail her vegan ingredient guide at the begining. I added that if he flipped a couple more pages, she had a section entitled "Tools of the trade" where she explained everything anybody needed to know for baking. His response "I might have agreed to try vegan, but am still not ready to step into the kitchen, meat-lover or not…nice try!" Ah well, can’t blame me for dreaming! 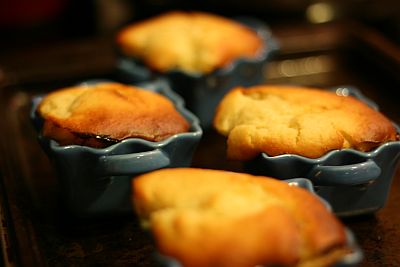 See my midnight snack right out of the oven…? That’s the Lemon Lime Sunshine Cake baked in individual portion instead of a Bundt pan, so I feel even more virtuous eating dessert. I have stopped counting the number of times I have taken this to our weekend oyster roasts with the neighbors. Everytime I make it I end up skipping the glaze that is supposed to go on top because somehow the yogurt, lemon and lime juice and sugar in the batter end up forming their own curd around the edges so that just a dusting of powdered sugar suffice.

I made the big mistake a couple of weeks ago to lend it to my friend "Lucy-The Vegan"…I thought I would never see it again. It appeared she was baking her way through it with great success and that is no small testimonial to Hannah’s recipe when you know that Lucy is not much of a dessert person and a novice baker. I love baking from it because I can relax, kick back, knowing that Hannah has tried her recipes several times and gives us only her favorites. I can open the book at any category (sweet tarts, cookies and bars, cakes and cupcakes, pies and tarts, miscellaneous morsels and desserts) and just make up a treat. Some items take a little longer than others but are by no means daunting or intricate. I also really like the food allergy index at the end of the book. I have more and more clients with food allergies or dietary restrictions so I know that I can bake something without second guessing if I did not sneak in something they could not have without even paying attention.

What is next on the baking list from My Sweet Vegan? Well, I am baking the Triple Threat Chocolate "Cheese" Cake to a friend’s baby shower tomorrow and the Cookies and Creme Pound Cake for my mother in law’s garden club next week. 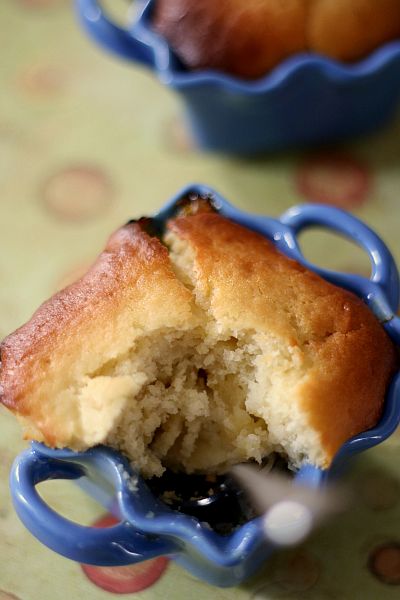 What? No recipes? In the spirit of supporting writers and young writers out there, I strongly encourage you to buy the book. I have already gotten a couple more for wedding and birthday presents and both recipients fell in love with the recipes, feel and gorgeous pictures taken by Hannah.