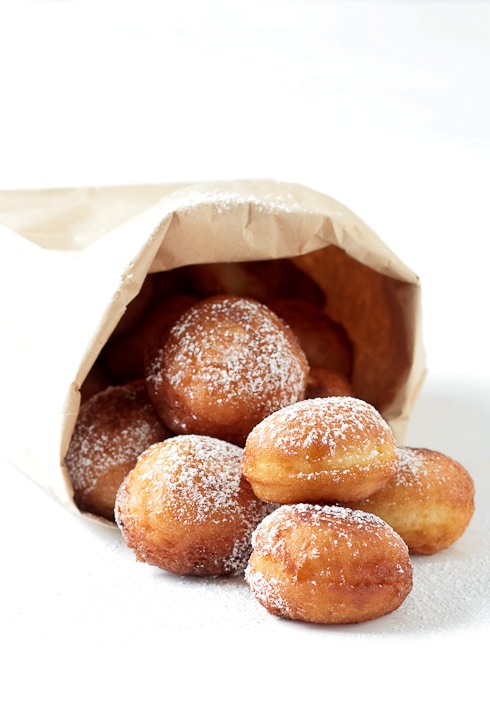 Lemon and sour cream donuts. For breakfast. For his birthday. For dessert too!

When I asked Bill what kind of cake he wanted for his birthday, he said he’d rather have several of his favorites rather than just one cake. At the time I thought that was a splendid idea except that by saturday night things had begun to pile up and I was starting to look at him sideways. I had to have a good reason to get up early on monday and make these because my night had been short on sleep and full of work and my back was (and still is) feeling pretty broken that morning. Love will make you do funny things. Donuts especially!

I am not going to play it all "no, not me, never" card on you with these: I wanted them too. Oh yes! I would have to be in a body cast to refuse to make or eat one of them. We like them so much that I doubled the recipe for the party later that evening and when the rain pushed us inside from the back porch, we all gathered around the island and took turns frying these pieces of lemony goodness.

After the recent couple of posts featuring Meyer lemons, some have wondered where the heck I was finding Meyers this time of year in SC. Well, I don’t. I’ve got connections. Sort of. One of the greatest things that come from blogging is not only the opportunity to do something you love but all the wonderful people you meet, whether virtually or in real life. My blogging friend Mary has a very fruitful Meyer lemon tree in San Francisco and she generously sent Veronica and myself a box full. I am holding on tight to the last eight, scheming yet another dessert. Ehehehe. 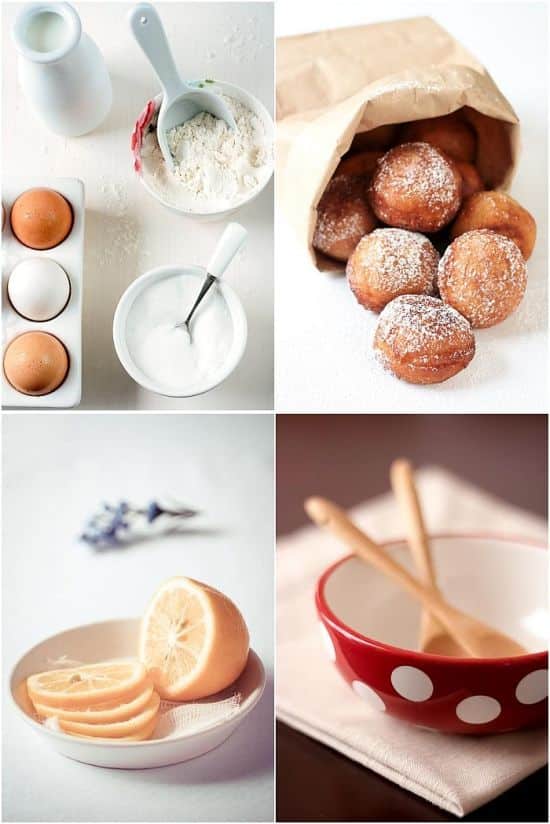 I think lemons are to me what salt is to others. I have no idea where that came about but where I might forget the salt, I never forget the lemon, either when baking or cooking. I am even more fascinated when it comes to Meyer lemons as everyone picks up different scents and undertone. I always think of mild rosemary when I slice into one. One reader asked what would be the equivalent in France and as far as taste is concerned, I don’t think there is one. Now, as far as finding an equally praised citrus, the "citron de Menton" would surely be it. It even has its own festival people!

These donuts are so easy to make it’s a crime well, not to make them. Seriously. Wet ingredients, dry ingredients, stir, rest and fry. Tada! These are a real treat as we don’t usually eat fried anything but if there is one thing I will not compromise about, it’s properly fried lemon and sour cream donuts!

You don’t even need a deep fryer to make scrumptious donuts like these! I actually prefer to use a 9-inch cast iron pan for frying. Make sure to bring your oil to the proper temperature and do not overcrowd your pan with too many donut pieces. It brings the oil temperature down and you end up with soggy drippy oily donuts. I like to use a 2-tablespoon cookie scoop for these but 1/4 cup or a 2 spoons will do the trick too. We like to eat them with an extra squeeze of lemon juice and a dusting of powdered sugar. Not that I never thought of dipping them in a lemon glaze before, hmmm…

One year ago: Cracked Pepper Mint and Strawberry Macarons.

In a medium bowl, whisk together the flours, baking powder and salt. Reserve.

In a separate medium bowl, whisk together the sugar, sour cream, eggs, zest and lemon juice, and the olive oil, until smooth. Add the reserved flour mixture, and stir with a spatula until the mixture is smooth. Cover the bowl with plastic wrap and refrigerate the batter for about 1 hour.

Heat the oil over medium heat in a large heavy bottomed cast iron pan or Dutch oven until it reaches 325F. Scoop the batter using either 1/4 cup full (you will get less donuts) or a two-tablespoon ice cream/cookie scoop like I did and fry 4-5 at a time without overcrowding your pan (turns the oil temperature down which makes your donuts greasy). Fry each batch for 4-6 minutes, occasionally monitoring the temperature of the oil.