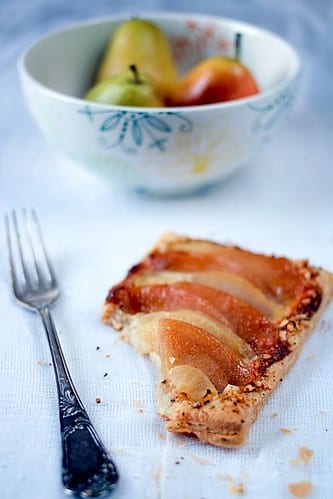 On this eve of a brand new year, (edit: I was writing this last night) I have spent a good part of this last week reflecting on the year gone by while helping our best and dearest neighbors move. We dealt with it the only way we have handled life in the past three years on our street: a long table in the backyard, lots of oysters and a bucket of cold beers, all hurdled around a big fire, watching the kids run around, the dogs chase each others and the adult pretend they were still twenty and carefree. No, it wasn’t all rosy but not everything is and as we went around the table and gave personal highlights of the year passed, I exclaimed "It’s been a pretty fantabulastic year!".

Professionaly for sure as I am currently buckling down in finishing the manuscript for the cookbook and working on a couple of surprises for you. But looking at all these friends gathered around the table hugging, laughing and reminiscing, my heart was soring for having formed stronger ties will all of them and all of you in the past year. I love and live hard and you listen… 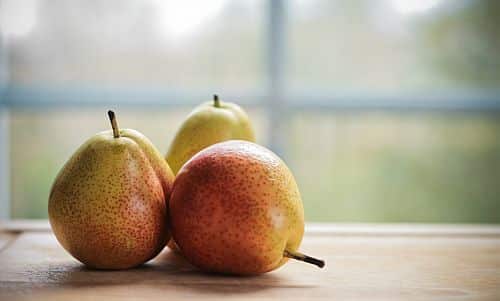 As a last get together in the tradition of 2008, we each brought our own specialty and as you can imagine, I brought dessert. We decided to go all out and have a pre New Year’s Eve celebration since much like Christmas our little nucleus would be spread out on Wednesday night. Candles and garlands were hung around the yard, Champagne replaced beers and toast and smoked salmon replaced chips and dips. In my family, we share a slice of Galette des Rois on New Year’s Day but I decided to change things around keeping the main components of the galette, puff pastry and almond frangipane cream and layering poached quince and pear slices that I had in the freezer. I did tuck in a little ceramic figurine inside one of the tartelette as the tradition calls for and one of us was indeed crowned king that night. Good cheer and good fun. 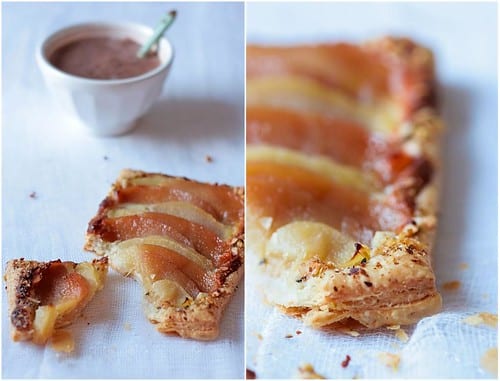 On a lightly floured board, roll the puff pastry into a 15×6 rectangle, cut out 6 rectangles (5×3). Prick them with a fork, lay them falt on a parchment lined baking sheet and refrigerate while preparing the fruit and the frangipane.

In a large saucepan set over medium high heat, place the quince only and the remaining ingredients and bring to a boil. Reduce the heat to a simmer and continue to cook for about 45 minutes, or until soft. Remove the quince from the liquid and let cool to room temperature. Proceed the same way for the pear but only cook it for 15-20 minutes.

Place the butter, sugar, almond powder, vanilla bean seeds and the eggs in a large bowl and whisk until smooth (can also be done in a food processor). Add the cream but stir in it instead of whisking not to emulsify it or it will rise while baking.

To assemble:
Preheat oven to 350F.
Evenly spread the frangipane cream over the puff pastry rectangles and layer the quince and pear slices over it. Sprinkle with chopped almonds or pistachios if desired. Bake for 35-40 minutes. 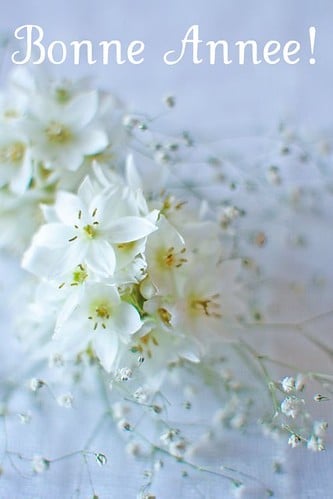 I am looking forward to 2009! You might see some new and familiar faces come and tend the fort while I wrap things up writing. They illustrate what 2008 has been for me: discovery after discovery of talents, creativity and friendships. A year in which the support and art of others have pushed me to get better, live better, breathe stronger.

You all have made 2008 a wonderful year for me and this site. I will continue to give back to you the best way I can through baking and photographing it of course but also by being more regular on your blogs as soon as things calm down a bit.