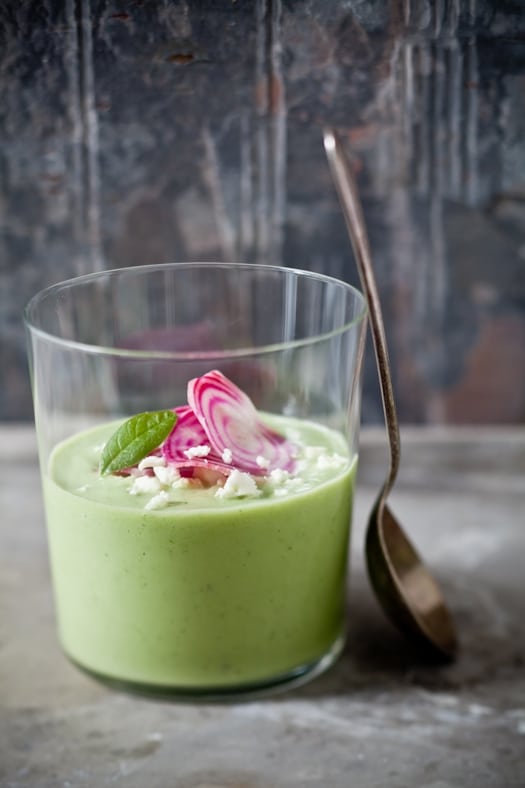 Barely home from Washington, D.C that we are repacking and heading out tomorrow (insanely early) morning for Seattle. Yep. It’s the Summer of packed crazy but absolutely delicious adventures. And yes also to the fact that I will probably end up using (or abusing) every superlative adjectives I know along the way.

Going to Seattle for work is about as stressful as a week by a blue lagoon. Whether it is for a shoot or in this instance a workshop I am teaching with Clare Barboza and Becky Selengut, I can tell you that the conversations, good meals and bottomless glasses of wine make up for the brain power exhaustion and relative dépaysement. I am ok with being tired, being away and making a little home away from home, mentally and physically. The people, the jobs, the things I learn, the things I pass on. It keeps me energized. 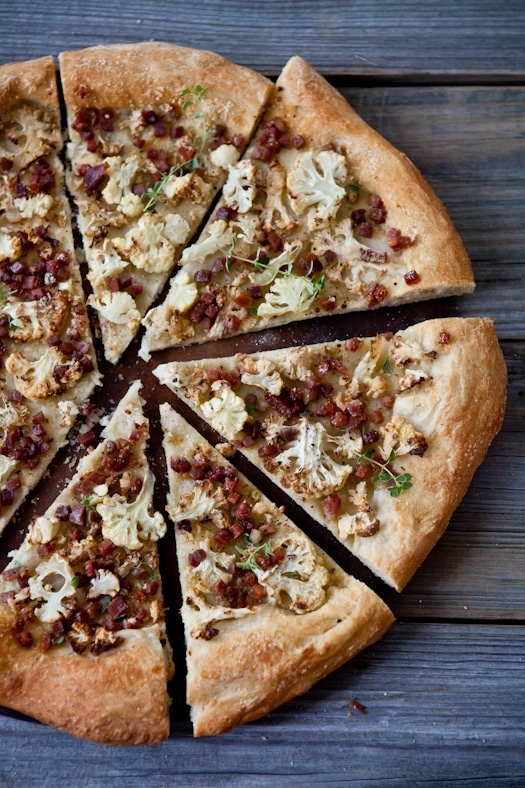 If asked, I doubt that my fridge and pantry would agree to my definition of a life well balanced. We have kept the minimum of supplies around to avoid any spoilage and waste. Nothing irks me more than wasting food because of ill planning or "voir plus grand que son estomac" (seeing larger than one’s appetite). I do leave a few things for the house sitters to nibble on but not enough to warrant big trips to the grocery store.

A miscalculation of the meals we would eat at home this weekend created a surplus of vegetables and a quick scramble to use them in interesting ways while keeping up with the semi plan we have going on. I have no idea how my two cucumbers turned into four from grocery list to grocery cart but I was very glad they did after taking the first couple of sips from the Chilled Cucumber and Avocado Soup they contributed to. 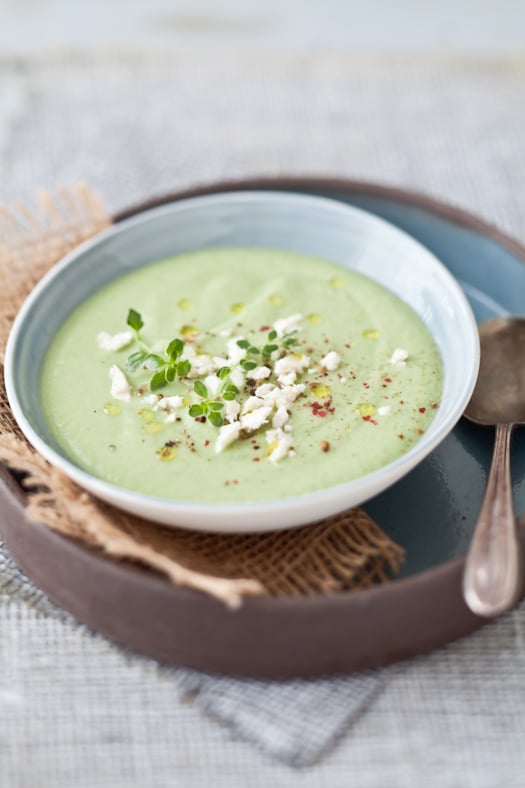 Refreshing, creamy and light, this soup is going to be on heavy rotation as soon as we come back from Seattle. I have a real fondness for chilled cucumber soup. Or rather a fond nostalgia for the dish. When I first moved Charleston, my roomate at the time took me to a (now closed) French inspired bistro on Market street that served one of the best Cucumber Dill Yogurt soup I had ever had. Wait, the only had I had ever had so far!

I tried many times to recreate the soup but there was always something missing. Probably the moment more than the recipe and ingredients. I decided that rather than driving my senses crazy, I’d make a completely different version. One we could equally love and come back to. After a few tries, this is the one we settled on. The base rarely varies but the toppings change depending on what’s around. Crumbled feta, sliced beets, radishes, herbs, a drizzle of truffle or avocado oil, lemon zest,… the possibilities are indeed endless. 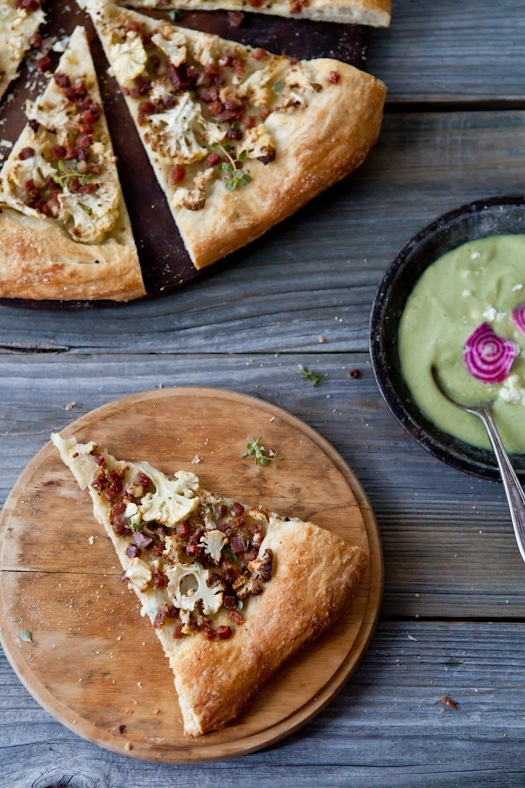 I admit, I would have never thought about putting cauliflower on flatbread had it not been for the Winter issue of Donna Hay magazine a couple of months ago. I read over the recipe, bookmarked it in a far corner of my brain, bought cauliflower and prosciutto and went about my business. And completely forgot about it all. Until yesterday that I was making dinner and the common "oops…not enough days, too many recipes to try" moment took place.

I took the elements of the original recipe, minus the cheese, and turned them in a crispy thin flatbread that was the perfect match to grilled shrimp and a big fennel, arugula salad with crunchy leftover cauliflower. Simple, light and one more way to sneak in vegetables into the meal. Made me want to try the cheesy version when we get back in town next week. 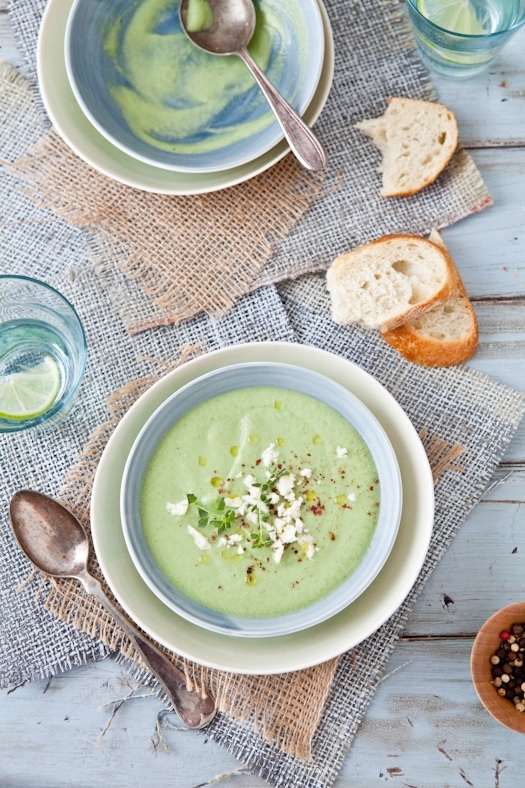 Makes enough for 4 as a main course

Toppings options: (as many or as little as you desire)
fresh herbs
sliced beets or radishes
feta or goat cheese
shaved parmesan

Directions:
Place all the ingredients for the soup in a blender or food processor and puree until super smooth. I use my Blendtec which makes it extremely smooth in no time. Depending on how silky you want your soup to be, you might have to pass it through a sieve a couple of times.
Refrigerate for about a couple of hours and serve cold.

Directions:
Preheat the oven to 400F.
With your hands, stretch your dough to a large circle, about one inch wider than the surface of your stone.
Sprinkle the cornmeal over the surface of the stone (do not worry about heating it up as if making pizza). Place your dough over it and form a border with the extra inch of your dough.
Scatter evenly the cauliflower, prosciutto and parmesan over it. Drizzle a little olive oil, salt and pepper.
Cook for about 20-25 minutes or until the cauliflower is golden brown.
Let cool slightly and eat!